My Breadcrumbs over the past five days have covered five chapters of John’s book. But John has spent five chapters on 3-4 of Jesus’ last hours of freedom. Chapter Thirteen starts halfway through Jesus’ last meal with His friends – which would have been around 7-8pm Thursday night. 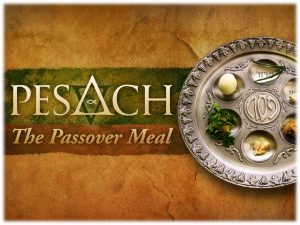 Since the Passover meal could be eaten up to midnight, my guess is that today’s chapter (Chapter 18) is likely to begin sometime after 11pm. In this chapter, John takes us through the night and on to mid-morning on Friday. We’re covering Jesus arrest, His religious “trial” and, at daybreak, His transfer to Roman trial and punishment.

So, after Jesus had eaten His last meal with His friends, they had a long conversation, and Jesus prayed for them. Then, late on the Thursday night, they left their host’s house to crossed the Kidron Valley to the Mount of Olives. Knowing Middle Eastern Culture – especially at Feast time – my guess is that the streets were filled, even late at night, with visitors for the Passover. Jesus and His disciples wouldn’t have at all been noticed in the crowds.

If the Upper Room is the same “upper room” that’s been identified on Mt Zion today, then it’s likely that the group would have skirted the old city along the outside wall to get to the Mt of Olives. So finding Jesus that night would have been like searching for a needle in a haystack. The religious authorities needed Judas to tell them where to find Jesus. [v2] 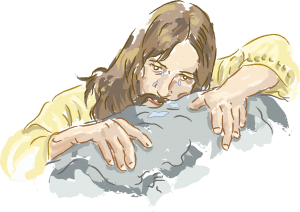 We know from the other biographies that some time had lapsed in the Garden (or olive grove) opposite the city. Jesus spent considerable time praying on His own in anguish, such that His sweat was like drops of blood falling to the ground.[a] We also know that time had passed because, failing their Jewish responsibility to “keep vigil to honour the Lord” during the Passover night, Jesus’ three closest friends kept falling asleep.[b]

Perhaps wanting to catch them asleep and off guard – or waiting for most of the city to settle down to sleep so as not to cause an issue for themselves[c] – it’s likely to be in the early hours of Friday morning before Judas arrived with his detachment of soldiers and some officials from the chief priests bearing torches and weapons. [v3]

John’s clear that Jesus knew they were coming. [v4] He knew because He’d been handed this mission and received the instructions from the hand of the Script Writer [v11], and this took place long before the night in the olive grove.[d] So it isn’t just because Jesus had been telling them for weeks that these things would happen, or that He’d stepped up His warnings in the last few hours. It was also because the city wall is clearly visible from the Mount of Olives. Jesus would have seen the torch-bearing mob coming at least 20mins before they got to Him. So Jesus went out to meet them, giving His disciples an exit route behind Him. [v4-9]

What’s interesting about John’s recollections, is that a supernatural power seemed to be evident at Jesus arrest. At first, the soldiers couldn’t lay hands on Him! [v6] Then, when He gave them permission a second time, they bound Him before leading Him away. [v12] John wrote in a way to suggest that they were more scared of what an unarmed Jesus could do – even though they had numbers and weapons on their side. The Word of God is alive and active, sharper than any double-edged sword.[e]

“By a mere rebuke I dry up the sea, I turn rivers into a desert; their fish rot for lack of water and die of thirst.” [Isaiah 50:2]

Another interesting thing found in this chapter, is that John writes a first-hand account of what was said and done. Known to the High Priest, John was able to go right into the courtyard and he brought Peter in too. [v15-16] Quite apart from the three thousand who later became Believers – some of which could have been there that night[f] – two witnesses are needed for a testimony to be valid in Jewish Law. John and Peter both heard and saw what happened that night. And this is where Isaiah’s 800-year-old prophecy really takes off.

Jesus shows 100% confidence in an extremely bleak present, based on His substantial knowledge of the past that shines light on His future. When they came out with torches to arrest Him, then took Him back to the Palace courtyard lit with fires to keep themselves warm while they interrogated Him, Jesus knew the end of the story from the beginning…

“But now, all you who light fires and provide yourselves with flaming torches, go, walk in the light of your fires and of the torches you have set ablaze. This is what you shall receive from my hand: You will lie down in torment.” [Isaiah 50:11]

“The Sovereign Lord has given me a well-instructed tongue, to know the word that sustains the weary… I have not been rebellious; I’ve not turned away…” [Isaiah 50:4-5]

When they slapped Him [v22], Jesus was confident that Father God is near and He sees.

“I offered my back to those who beat me, my cheeks to those who pulled out my beard; I did not hide my face from mocking and spitting. Because the Sovereign Lord helps me, I will not be disgraced. Therefore, have I set my face like flint and I know I will not be put to shame. He who vindicates me is near.” [Isaiah 50:6-8]

When they accused Him of wrong-doing yet couldn’t find two people whose stories agreed, Jesus was confident in who He was and what He’d done. [v23]

“Who then will bring charges against me? Let us face each other! Who is my accuser? Let him confront me! It is the Sovereign Lord who helps me.” [Isaiah 50:8-9]

When they took Him to the Roman Governor with no decent charge to lay against Him [v29&38], John noticed that they wouldn’t enter the residence of a foreigner because that would make them ceremonially unclean! [v28] They were more concerned over not being able to execute Jesus themselves, than finding a point of Law that He’d broken. [v31] In doing this, they not only fulfilled what Jesus had already predicted [v32], Isaiah’s words were true of them also…

“Who will condemn me? They will all wear out like a garment; the moths will eat them up. Who among you fears the Lord and obeys the word of His Servant?” [Isaiah 50:9]

I was coming towards the end of this familiar story when two words seemed to jump off the page at me and I knew they’d opened the door to a whole new topic. Jesus had just finished saying, “…the reason I was born and came into the world is to testify to the truth. Everyone on the side of truth listens to me.” When Pilate retorted, “What’s truth?”

So before I can close this chapter, I have to unpack this ancient question whose elusive answer had evaded capture even up to Romans times. Looking about me today, with so many theories and ideas all vying for the illustrious title of “truth”, it seems clear to me that Pilate’s question hasn’t been answered. One person could make a statement and argue fervently that it’s Truth, while another could make a completely opposite statement and claim that their theory is Truth. 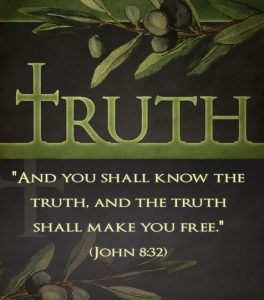 Most Believers will say that this is like two fleas fighting over the dog they live on. It’s only when you draw on a higher authority above two humans, that Eternal Truth can be found. God’s Word miraculously preserved and handed down to us to read today, speaks Truth as the Creator God speaks it. Jesus said: “If you continue in My word, then you are truly disciples of Mine; and you will know the truth, and the truth will make you free.”[g] Yet humans still have a habit of arguing over who compiled God’s word, and how accurate the translations are. So I want to suggest something different for you today…

I want to suggest that a relationship with your Maker has never been about knowing “Truth” so much as hearing, believing and obeying. In the Garden of Eden, for example, the Creator told Adam that he would surely die, if he ate from a certain tree.[h] But it could be argued that satan had spoken “truth” to Eve when he said that eating the fruit from the Tree of Knowledge (thus knowing truth about good and evil), wouldn’t cause her to die.[i] They both ate and didn’t die. In fact, quite the opposite, they and an entire generation or race of people, lived an average age of nine centuries![j] I wonder what was running through their minds when they left the garden having eaten and yet not died.

The Truth is, mortality came just as Father God said “you will surely die”. When the ship S.S.Titanic was struck with an iceberg in 1912, that so-called “unsinkable ship” would indeed sink – it was a mathematical certainty and only a matter of time. So it was that, in the immediate and for the next nine centuries, humans could have said that satan’s theory was “truth”. Yet nine centuries later, they had to admit that God’s word was Truth after all!

But I notice, in the Genesis story, that this fact of dying, or not dying, didn’t come into any of the ensuing conversations at all! It wasn’t even about knowing good and evil – whatever that meant. It took another six chapters, and many centuries, before the truth of evil had become so evident that the Creator was forced to send a global flood. No – the first question that God was interested in was obedience.[k]

So I close my thoughts on John Chapter Eighteen right before Pilate makes a landmark decision concerning Jesus. It would change the destiny of the human race – not only providing universal forgiveness for everything that we’ve thought, said, or done, but it’d restore LIFE back into human DNA – so that we can have Eternal Life.[l] Is that truth, or can someone cleverer than I sit here arguing with me all day?

Unlike Eve, I’ve come to a point in my life where I’m not pursuing truth and I’m sick of knowledge. We live in a world flooded with information that carries knowledge infused with every level of “truth”. Looking ahead into time, to the hope of the One who’d restore all things, the ancient Prophet Isaiah wrote…

As John remembers it, not one could be found on that history-changing night in the 1st Century AD who was willing enough to “fear the Lord and obey the words of His Servant”. [v37] But in His darkest hour, Jesus had 100% confidence in His very bleak present, because He had a substantial knowledge of the past, which was shining clear and dependable light on a glorious future. [v36]