JOHN 17: The Greatest Prayer Ever Prayed for You! 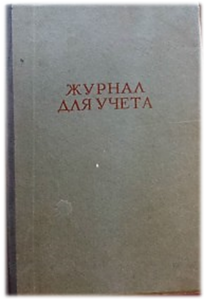 Over the years, I kept “prayer diaries” for our children. As soon as I knew that I was expecting, I’d buy a good quality hard-cover book, and began to write. I had a book for each child and, besides recording their progress and latest milestone that we were proud of, the books contained personal letters to each child explaining my inner-most thoughts, prayers, and even fears, for them. The idea was that when they were older, I’d hand them their life-story… from the perspective of their mother’s love. So, when our son passed away, suddenly and unexpectedly, I opened his book, pasted in his funeral service sheet, and wrote to him for the last time.

Flicking through his unclaimed book, one prayer seemed to reappear throughout his life-story and it was this 2,000-year-old prayer that Jesus prayed in today’s chapter:

“My prayer is not that you take them out of this world, but that you protect them from the evil one.” [v15]

I didn’t care if my children grew up to be faithful toilet cleaners, nor that they were rich or poor, educated and successful, or simply plodding along contentedly on a basic subsistence. My greatest concern was that their heart, mind and soul was protected in Eternity. And so it was with irony, that I looked down at the words of this prayer handwritten into Mike’s book in 1990 – the year I was pregnant with him. As I rubbed my fingers over the ink inscribed there more than eighteen years earlier, I wondered if it had become necessary for Mike’s Maker to “take Mike out of this world” in order to answer that prayer. [v15]

Different in the Book of John (as compared to the other three biographies of Jesus’ Life and Death), is the number of chapters given to Jesus’ last hours, on the evening of His arrest. John seemed intent on recording every detail as darkness fell over Jesus’ last night on earth.

In many ways, this was the same for us when our Mikey left us. As we scrambled for reasons why a normal, healthy boy would suddenly depart for no reason, we were even trying to think what he’d eaten before he passed away! That last evening will be forever etched into our memories. We can tell you what movies we watched and what we ate for our last meal together. We can tell you how Mikey spent the evening stretched out on the sofa like a king, with Mark and I offering him snacks through two movies that we watched one after the other.

I could even tell you that a little scrap broke out between Mike and Laura because Mike’s feet were touching her on the sofa. She was complaining because he was taking up all the sofa. I intervened to make it fair by getting him to not put his feet beyond the centre of the middle cushion – as ridiculous as that moment seems to me now!

No wonder John could shut his eyes and hear every detail of Jesus’ last prayer for them – His close friends. John probably wrote many things down in the days and weeks after Jesus left – just as I have written about Mikey. I don’t know even now, if anyone will read my words. In many ways, that’s not the point. I’m writing to cyber-space knowing that, if John’s books could be read 2,000 years later by people sitting in every country on earth, then anything’s possible.

So, today’s chapter is Jesus’ last prayer for those who follow Him – those whom He so dearly loves, that He’s willing to be tortured, flogged and give up His own life in the next 15 hours. His prayer appears to begin self-centredly. But Jesus is praying for the success of an ancient Global Plan that even prophets like Daniel caught a vision for…

“In my vision at night I looked, and there before me was one like the son of man, coming with the clouds of heaven. He approached the Ancient of Days and was led into His presence. He was given authority, glory and sovereign power; all nations and peoples of every language worshipped Him. His dominion is an everlasting dominion that will not pass away, and His kingdom is one that will never be destroyed.”[a]

Within the context of this ancient storyline Jesus prays for its fulfilment. [v1-5] But in the middle of it, He tells us the secret to how we can experience what He’s about to experience… “Now this is eternal life: that they know You, the only true God, and Jesus Christ, whom You have sent.” [v3] Get that right, and we’ve just unearthed the greatest discovery in history – how to live forever!

Jesus revealed the Father to those who’d bother to listen and – just as it was in the original Exodus story – these were people who already belonged to their Maker… “They were Yours; You gave them to me and they have obeyed Your word… I gave them the words You gave me and they accepted them. They knew with certainty that I came from You, and they believed that You sent me.” [v6] So history repeated itself, first through The Angel of the Exodus[b], and then in person – as the Word who Became Flesh.[c]

Now here comes the greatest prayer ever prayed for you. There isn’t another prayer to top it because it comes sealed with the signet ring of the Almighty Creator of the Universe and it’s all in the Name…

Linking two millenniums of storyline it’s the same Name that was given when the journey first began:

“Pay attention to Him and listen to what He says. Do not rebel against Him for He will not forgive your rebellion, since my Name is in Him.”[d]

“…Holy Father, protect them by the power of Your Name, the Name You gave me, so that they may be One as we are One.” [v11]

If protection – sealed in wax with the greatest Name in existence – isn’t brilliant enough [v12], Jesus is actually praying for the unthinkable: that we’d be One with our Maker in the exact same way that the Angel of the Exodus is clearly One (in an essential way) with the Creator God who commissioned Him. The proof of our “oneness” with our Maker comes as a shock to us though, and it comes with the need for the highest prayer… 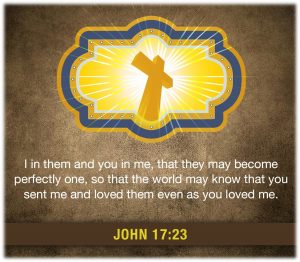 Just as the world has rejected the Creator God who made them and everything we know, and just as the world has rejected Jesus (and all the other prophets that Father God had previously sent[e])… in this same way, we’ll be rejected if we’re connected to Him. [v14-16] Regardless of what lays ahead, being connected with the Creator means being connected to the responsibility for His Global Plan. [v17-19]

Although Jesus prayed this prayer on a night when He’d be abandoned by those He just prayed for – His prayer takes an interesting turn. After praying for Himself [v1-5] and for those He loved at the time [v6-19], He then included any generation, any nationality, any background, any one. [v20-26]  Whatever happens to us, or how unexpected our life-story turns out to be, this is the greatest prayer ever prayed for YOU and it’s given by the one who would then fulfilled it a few hours later.

And so this is the reason behind writing my books and setting up this website. I write my story for you because of Jesus’ prayer for you: “…I pray also for those who will believe in Me through their message…” [v20] He’s given me the glory [v22] and with it, I can reflect what my Maker has done in our family, in our only son Michael, and in the life and breath that He’s given me as I wait for my Hope’s completion – no matter how long it takes. [v23-24]

When our Mikey passed from us with no reasons why, we were thrown into a vortex of shock and confusion. But Mark came to say, “I don’t have answers but, I know the Father and the Father knows Mike, and that’s good enough for me.”