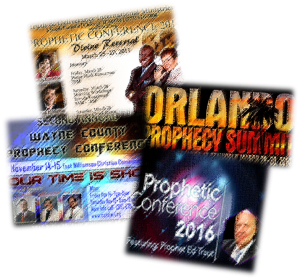 It seems to me that the quickest way to gain fame for oneself these days, is in peddling prophecy. And there seems to be plenty out there who are willing to follow after people who call themselves prophets.[a] But unlike healing, that comes with immediate validation – either you’re healed or else you’re not – prophecy has no time limits to prove it’s valid.

While he was still young, King David, for example, was anointed as King of Israel by the seer/prophet Samuel. But he was thirty before that prophecy came true. Another famous prophet, Isaiah, prophesied: “The virgin will conceive and give birth to a son, and will call him Immanuel”[b], but it took seven centuries to come true!

Over the past thirty years, Mark and I have received a number of “prophecies” about living and working in Australia – or about how Father God is going to use us in “ministry”. These, as far as we can see, have not come true. Quite unexpectedly, on our last day in Australia in 2012, another so-called “prophecy” (relating to the UK), managed to wipe out ten-years-worth of previous prophecies! So what’s the proof and how can any divine intervention be verified?

In ancient times, you weren’t considered to 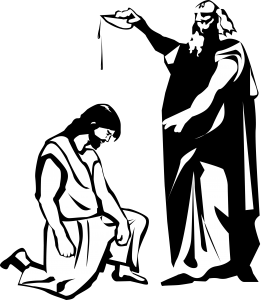 be “a prophet” until you were proven correct every time over a number of years. In addition to 100% accuracy, prophets were known locally. People knew their family, how they were educated, their private conduct over time, and their track record as a proven “man (or woman) of God”. This is why the topic of Jesus’ background seemed to come up regularly when the Jews were trying to find out if He was from God.

Nowadays visiting speakers arrive with titles of “prophet” or “apostle” but holding them accountable is very difficult. They’ll often come from foreign parts and all previous verification is hear-say. To make matters worse, God Himself will be sending a powerful deception in The Last Days:

“The ‘lawless one’ will be revealed…the one whose coming is in accord with the activity of satan, with all power and signs and false wonders, and with all the deception of wickedness for those who perish, because they did not receive the love of the truth  so as to be saved.” [2 Thessalonians 2:8-10]

So the first thing to take note of, in today’s chapter, is Jesus’ prediction that “night is coming when no-one can work”. [v4] In other words, if we’re blind now (in the bright sunshine of peacetime) to what Father God is trying to say to the world through His epic storyline, we’ll need our spiritual insight healed soon, because night is coming when even God’s workers won’t be able to work.

Notice in this story that the blind man didn’t ask to be healed. Jesus gave Him sight by sending him to a pool called “sent”. [v7] Light was given to him but we’re not sure if he asked for it, wanted it, or expected it. No-one gave permission to Father God to give us light or sight and, with both, is insight and understanding. But who wouldn’t want sight to be a “seer” – that was another name used for a “man/woman of God” in the old days.

Like the blind man (who probably expected to live in darkness for all time), each one of us, in our family, have been unexpectedly exposed to Jesus walking by our lives. In one way or another, even if we couldn’t see Him, we heard His voice speaking through all the darkness and confusion. He speaks through the Creator God ‘s word, by His Holy Spirit and through His followers. This is what’s happening to you right now, as you read my Breadcrumbs – whether you can see what I see, or not.

The point that makes us all different is not our past, but our present. [v1-3] It’s what we’re doing in the immediate, in our choice to hear and obey what He’s told us to do – no matter how uncomfortable, embarrassing or highly unlikely that it’ll be a success. Without questioning if Jesus was indeed the light of the world [v5] – the blind man was listening as he sat in darkness. He heard what was being said as they spoke around him. Then, without thinking too hard about the logic of Jesus’ instructions, without delaying in search of proof or validation, the blind man accepted Jesus’ authority over his destiny and obeyed. With that, came sight [v11] – even though this opened up a “can of worms” filled with more unanswered questions. [v11-12; 16-17; 24-25]

So, one thing seems sure from almost every story recorded: when you see – really see in a way that awakens your soul to the things of God and how He operates [v30-33] – and when that sight, and that knowledge has anything at all to do with Jesus, it’s as likely as not that you’ll lose your place in this world.

Looking for proof and validation, the religious leaders couldn’t see what was right before their eyes. So after the man lost his spot in “the welfare food-chain” they forcibly threw him from the pivotal (and now life-changing) place in his known world. [v34] As he was picking himself up and dusting himself down on what should have been the brightest and happiest day of his life, Jesus found him and said: “It is for judgment that I’ve come into this world, so that the blind will see and those who see will become blind.” [v39]