JOHN 7: THE SEASON OF OUR JOY

When I went to our son’s room to say goodbye to him for the final time, I encountered a series of images from things written over time in the Creator God’s epic storyline: people/stories/songs. It was August 1st 2009, and Mikey had been gone from us a couple of hours.

Coming off her two-way radio (probably with the city mortuary) the police woman asked us if we wanted some time with Mike before they took him away. I wrote about that moment alone with our son, in my second book Mysterious? …Expect the unexpected. On my own with his body, I experienced a flood of imagery that helped me piece together a collage of messages, giving me hope in a pitch black hole that had swallowed us on that sunny morning. Two such pictures came to me, when I was face down on the carpet next to Mike’s lifeless body…

I saw a Pavilion in the sky (a tabernacle) with a mighty warrior coming out on his horse. This picture came from the Book of Job:

“Who can understand how [God] spreads out the clouds, how He thunders from His pavilion? See how He scatters His lightning about Him…” [Job 36:29-30]

Swiftly on the heels of these words were lyrics from the Book of Psalms. In the flash of that moment, however, it wasn’t about the sun – as originally written – but about His Son:

“In the heavens God has pitched a tent [tabernacle] for His [Son]. He’s like a bridegroom coming out of His chamber, like a champion rejoicing to run His course. He rises at one end of the heavens and makes His circuit to the other…” [Psalm 19:4-6]

These subliminal messages caused me to see the Bridegroom [Jesus] shining like the sun and coming from His Tabernacle – the Creator God’s “pavilion” – in the sky. Like a Bridegroom, the Plan: an “ingathering”. And, in this case, to gather our Michael in.[a] And so, it’s now with great interest and hope in my heart, that I enjoy reading more about the Jewish background behind chapters like today’s in HIStory. This Feast of Tabernacles is the seventh festival of remembrance for God’s people.

Seven was always a special number – a number of rest, release for the captives, release from debt, freedom and joy. So it symbolises the 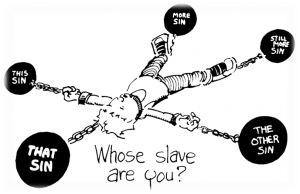 Creator’s MasterPlan for a season of great joy. But Jesus knew what it’d take to permanently release God’s people from their debt of sin. It meant coming from Father God’s Tabernacle in the sky and, like a mighty warrior faithfully running His full course (in all its shocking blood-soaked, battle-scar detail), rescuing the Creator God’s people just as the ancient prophecies said He would – in person.[b] As an extension of the Almighty on earth, Jesus is Father God’s mighty hand and outstretched arm.[c]

So, knowing that there was a delicate line for staying alive long enough to accomplish what He came for, Jesus had to pick His moments carefully. [v1-13] Not tempted by the human ways to gain popularity for oneself, Jesus joined the feast quietly after some days had passed. [v14&18] Then, reminiscent of His childhood when He confounded the teachers in the temple courts[d], Jesus amazed the leaders with His wisdom. [v15-18]

As the “faith factor” has shown in HIStory, when Jesus comes in contact with people they either gain sight, or remain in darkness. They either believe, or want to kill off His message. [v19-36] The issue never seems to be about His miracles, or His teaching about the Law. Some said He was a prophet [v40], some said He was the Messiah [v41], and other’s wanted to seize Him. [v44] They wanted to kill Him not because of what He’s done but because of who He is. [v28-30]

So, on the last and greatest day of the feast – at a time when God’s people had made makeshift huts, tents, temporary “pavilions” in remembrance of their original exodus and release from slavery; at a moment when everyone at the celebrations were thinking back to the wilderness years of searing heat in dry and barren lands, where even one’s soul seemed parched of all fluid and on the brink of death; at a time when they remembered Moses striking the rock and water coming out of a Rock[e] – Jesus said in a loud voice:

“Let anyone who is thirsty come to me and drink. Whoever believes in me, as Scripture has said, rivers of living water will flow from within them.” [v37b-38]

The last and greatest day was the Feast of Ingathering. So Jesus was using God’s promises through the ancient prophet Isaiah[f], along with the memorial of the original Exodus, to pronounce in a loud voice HOPE of a new and permanent Season of Release, Rescue and Joy. A future ingathering of God’s people who can first recognise that they’re lacking, feel the sensation of thirst deep within their soul, then choose to come to the only One who’s offering humanity living water.

So while the Temple guards were divided over the power of Jesus words, and the religious leaders argued over where Jesus came from [v45-52] – though they didn’t know that He was born in Bethlehem, just as the prophet said[g] – Father God is painting a much greater picture.

Through the ancient prophet Zechariah, He’s predicted a future for this world where every nation on earth will celebrate the Feast of Tabernacles. If they don’t, they won’t see rain[h] – i.e. the first sign for non-compliance will be thirst. But why would the Feast of Tabernacles be so important that, of all festivals, this is the one that will endure into our future?

It seems to me that this is Independence Day for God’s people. This is the one celebration dedicated to the original Exodus when Father God “gathered in” a people for Himself – the birth of His family. It also looks forward to the second Exodus of the Lamb – when the earth will be “harvested” on the Day of the Lord.[i]

It marks the birth not just of a nation (Judah) but includes the moment when the Creator God became “twice fruitful” (Ephraim) in a global family. This feast will celebrate our own Family Day. It remember’s God’s greatest gift to humankind: our release from slavery and our journey through this life in temporary accommodation[j] while we wait for Father God’s “tabernacle in the sky” – the permanent home for citizens of His Kingdom[k] – to be revealed and provided for us.[l]

This is where “the Angel of the Exodus” is leading God’s Global Family – towards our Season of Great Joy. We’re Followers of The Way, and He’s both guarding us, and guiding us, along the way.[m]

“It is done. I am the Alpha and the Omega, the Beginning and the End. To the thirsty I will give water without cost from the spring of the water of life.” [Revelation 21:6]